Johanna Basford has become known as an ‘ink evangelist’. She single-handedly kickstarted the adult colouring craze and has sold over 21 million colouring books worldwide to date, including How to Draw Inky Wonderlands, Secret Garden, Enchanted Forest, Lost Ocean and Magical Jungle.

Johanna’s distinctive illustrations of enchanted forests, deep oceans, and lush gardens are favourites with millions of fans worldwide and her fanbase is growing. She has worked with brands including Starbucks, Absolut, the New York Times, Smart Car and Google.

In 2019, Johanna broke the Guinness World Record for the largest drawing by an individual.

Her latest colouring book, Worlds of Wonder, was published on 1st April 2021 by Virgin Books. 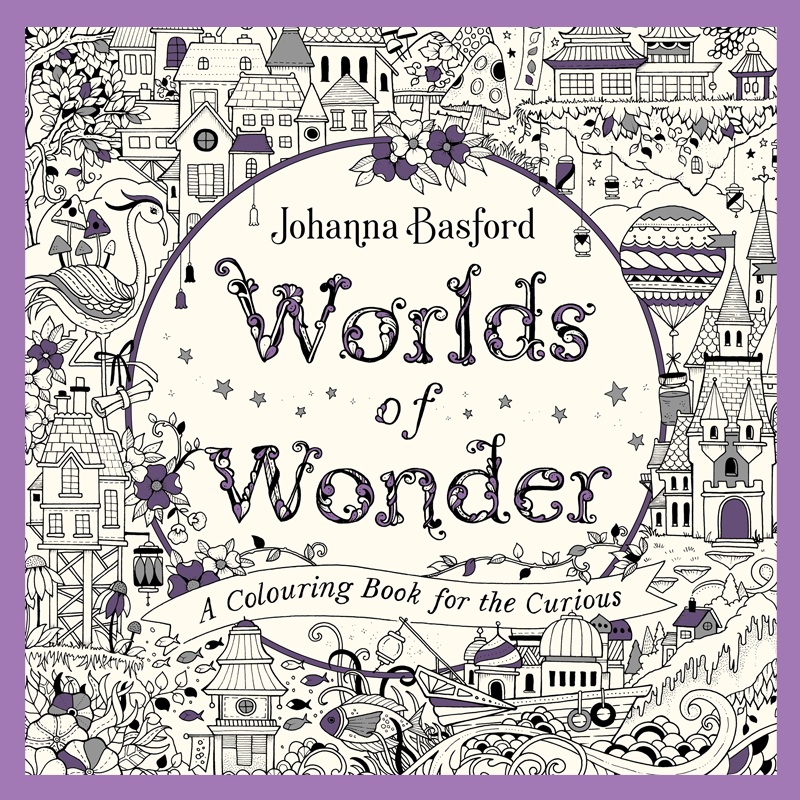 Worlds of Wonder, Johanna Basford’s 8th colouring book for adults, was inspired by and written during lockdown. Johanna, like so many, had to adjust to home schooling and juggling childcare.  She wanted to create a colouring book which would provide mental respite, allowing people to escape their living rooms for a short while and find some relaxation away from screens. Among Johanna’s thousands of fans are those with medical issues, including anxiety and depression, carers and healthcare professionals, including NHS frontline workers. We knew that Worlds of Wonder would not only appeal to existing and new fans but we wanted to ensure it fulfilled its purpose to help people through a very tough time.

We implemented a call-out strategy to NHS workers who had found Johanna’s books helpful as a de-stressing tool and would be happy to play a small part in the PR campaign. The reaction was very positive, which reinforced our view that Johanna’s work was hugely beneficial in reducing stress and anxiety. After careful deliberation and discussion, we asked a consultant anaesthetist and a mental health professional both on the frontline, to be a part of the campaign.

We secured a double-page feature in the Daily Express, including an exclusive pull-out image for readers to colour in. BBC TV Scotland News, BBC Radio Scotland, The Herald and Sunday Post all ran features. The Aberdeen Press and Journal ran 3 features in separate issues and we also had pieces in Luxury Scotland magazine. By highlighting the mental health benefits of Johanna’s books and ensuring Worlds of Wonder was prominent in every feature, we fulfilled our aim of reaching as many new and existing fans as possible. The book entered the bestseller chart (it was the third bestselling paperback non-fiction title behind Piers Morgan and Michelle Obama). The book was also featured on Fearne Cotton’s Instagram page after we collaborated with Johanna and sent out ‘care packages’ to selected influencers and mental health campaigners, and Worlds of Wonder was featured in the Independent’s ‘Best Of’ round-up in Summer 2021.