Following Alan from the demise of his first marriage (to a woman), to the beginning of his second (to a man), Baggage: Tales from a Fully Packed Life is a startlingly honest, poignant and joyous roller-coaster of a ride through his life, inspired partly by the overwhelming response to his first memoir, the Sunday Times and New York Times bestseller Not My Father’s Son, and the idea that he had ‘triumphed’ over his childhood abuse.

Reminded of the power of words and the duty of authenticity, Baggage shows that no one fully ‘recovers’ from their past, and that we should never buy into the Hollywood ending. 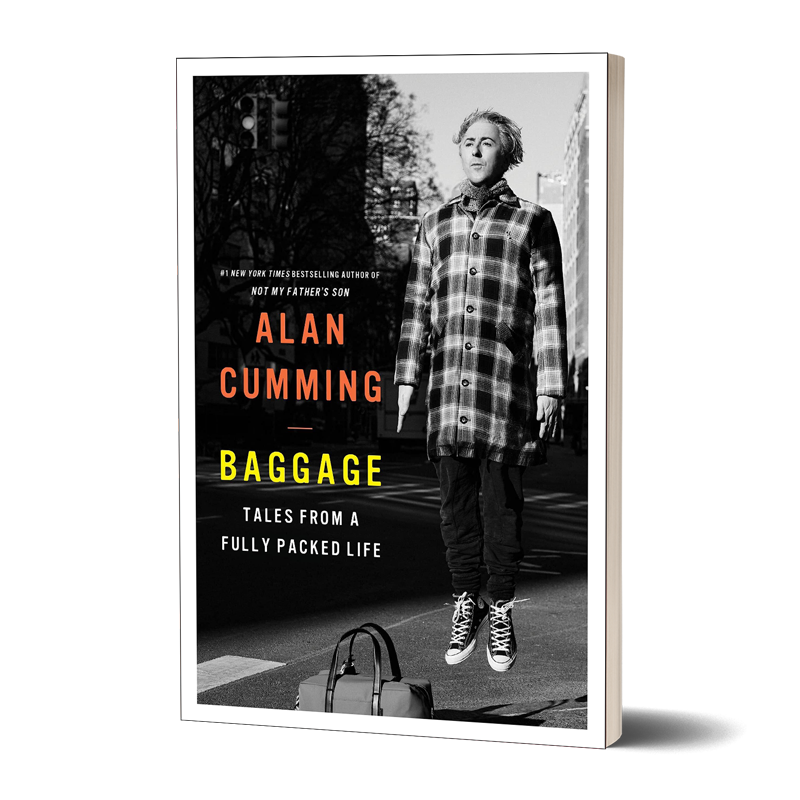 Our campaign aimed to remind people of Alan’s long career, tap into the nostalgia for his iconic roles on stage and screen, engage his theatrical, LGBTQI+ and film fanbases and reach new audiences by maximizing his limited time for media with a focus on high-profile print at publication and further broadcast, podcasts and events during his trip to the UK.

The UK theatre tour was strategically devised to speak to Alan’s key communities with events at Usher Hall, Edinburgh hosted by the First Minister of Scotland, Nicola Sturgeon (a near sell-out with an audience of over 2000); London Barbican with Graham Norton; The Lowry, Manchester with Cheddar Gorgeous; and Brighton Dome with Jack Guinness.

This strategy worked, propelling the book into the Amazon bestseller lists with impressive eBook and audio sales to follow.